When I was a kid, I liked to play with tarot cards.  Sometimes I tried to do serious readings, but most of the time I’d just make up stories to go with the pretty pictures, which it turns out is more or less what you’re supposed to do in a serious reading anyway.  Then the nuns found me telling a boy’s fortune under the bleachers one fine afternoon, and my tarot cards met what I later learned was a fiery end.  Shame.  I’d paid full price for them. 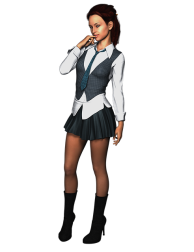 image in public domain via pixabay.com

That’s not what this blog post is about, however.  Despite all the holy hand-wringing over what I’m told was the Devil’s influence, I never lost my liking for making up fortunes based on pretty pictures.  I just learned to be more careful about what pictures I used.  For example, carrying around photos of cute celebrities also got me in trouble with the nuns, but it was the afterschool special kind of trouble where the grownups talk at you in understanding voices and tell you that you’re a special flower just waiting to bloom.  So, being possessed of a logical mind and absolutely no scruples, I stopped carrying around regular tarot cards and instead told the future using pictures of Johnny Depp.

In addition to being much easier to explain if discovered, the Johnny Depp tarot deck has the virtue of evolving along with the actor’s career.  When I first started doing this, over half the deck was represented by images of Edward Scissorhands (he’s still most of the suite of Swords, but that’s only to be expected).  I don’t do many readings these days, but I still indulge from time to time, and I thought I’d share the results of my most recent foray into fortune-telling.  It was for a friend, and her question for the cards was, what should  my friend do about this cute guy who was flirting with  her the other day?  These are the answers the JD Tarot revealed:

This card represents an unexpected opportunity, usually one that is both attractive and risky.  A handsome rogue has captured your attention and now you feel like you can’t breathe.  Your life, previously so tightly laced, now seems full of intrigue and adventure.  You’re interested, but you suspect he desires only a night of plunder.  He may dance and sing with you while the rum lasts, but will he set his sights on another horizon when he feels a change in the wind?  If you follow “The Pirate”, you may find the treasure you seek, but be aware that what you get might not be what you truly value.

This card represents what is not as crazy as it seems.  The handsome rogue currently using your heart for a mainsail met you at the bar on Karaoke Night.  His first impression of you is of when, after your fourth Long Island Iced Tea, you lurched onstage and gave a remarkably accurate—if slurred—rendition of “Sweet Transvestite.”  And, yes, you danced.  The entire bar thought you’d gone bat-poo.  Fortunately you can stay on key even while plastered, you managed not to fall off the stage, and it turns out that your guy is a fan of Rocky Horror Picture Show (as, luckily, was the bouncer). This obstacle is not as bad as you think.

Third Card (represents advice for the questioner):  The Man Himself

This card represents what is definitely as crazy as it seems—crazy awesome!  This guy flirted with you after you’d channeled Dr. Frankenfurter in front of a hundred strangers.  He already knows you’re bat-poo.  The Johnny Depp Tarot advises:  steer into the skid.  Show him your collection of Pixies memorabilia.  Tell him about the dream you had that was basically When Harry Met Sally, except it was When Bigfoot Met Sasquatch.  Play Strip Pictionary.  Be the inimitable, incomprehensible pile of awesome you are.  Just, maybe don’t show him the blog right away.  There are limits, after all.