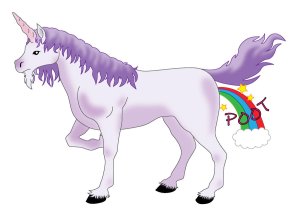 I’ve always been fascinated by systems that purport to know who you are and what you’re like based on when you were born, the results of a personality test, etc.  For instance, according to the Myers-Briggs typology classification system, I am an INTJ.  That stands for Introverted, Intuitive, Thinking, and Judging.  According to this classification, I am A) a unicorn (I knew it!)–apparently, INTJs are so rare as to make up 0.8% of the female population–and, B) a robot.  I am often perceived as emotionally distant and I make decisions based on reason rather than emotion.  I live mostly in my head, I’m not personable, I’m blunt, and I don’t bother lying because I don’t care what other people think.  I love structure and organization but hate rules, and I would rather chew off my own arm than talk about my feelings.  Or your feelings.  Really, just feelings in general are anathema to me, I’m told. 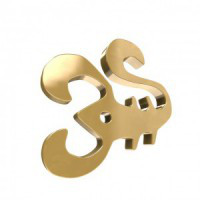 I am also a Scorpio.  That means I’m intense, passionate, and filled with desire, which is just awkward given the whole INTJ robot thing.  I can be jealous and vindictive when I’m overcome by the aforementioned intense passions, but I am also a caring and devoted lover and am by most accounts supposed to be quite lusty (I know several ex-boyfriends with whom I will not be sharing this blog post specifically because of the helpless laughter some of these “attributes” will cause). I can be cunning and sadistic, but I’m also dynamic, magnetic, and have a hypnotic personality with a marked dark side.  People find themselves drawn to my mysterious and exciting persona (again, not sharing this with ex-boyfriends). 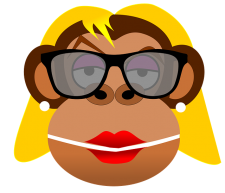 Then, just when I’m trying to reconcile all these different, mutually exclusive traits, it turns out that I was born in the year of the Monkey per the Chinese zodiac.  People born in the year of the monkey are curious, mischievous, and clever.  We are also dishonest and manipulative, so I guess INTJ monkeys are just doomed to a life of violent inner conflict.   As a monkey, I am supposed to be a playful prankster whose favorite activity is people-watching, and I am considered warm-hearted, gregarious, and likable.  I am a warm-hearted, emotionally distant, gregarious, introverted horn dog who attracts people with my mysterious, blunt mischievousness.  Man, I really am a unicorn! I went through each list to see if there was even one attribute that the monkey, the scorpion, and the unicorn all have in common. Turns out, there is.

We’re all the most likely type to be the model for fictional villains.

This would have come in handy on Career Day back in school. Instead of pamphlets on accounting, medicine, and law, I could have been reading about How to Invade Fictional Territories and Minions: Slaves or Sacrifices? I could have taken a seminar in Boris and Natasha and gone to workshops for moustache twirling (tricky for girls) and evil laughs (very important: you don’t want to end up cackling when what you really want is a good mwah-ha-ha). Risk would have taken on a whole new meaning, not to mention Clue. Ooh! Monopoly! Oh, the evil laughs I could have given while playing Monopoly, if only I’d known. What a different life I might have led if all these horoscopes and categories had been around to tell me who I am. I could be dooming Narnia to eternal winter as we speak.

Or I could, you know, try to figure out who I actually am as opposed to who someone tells me I am. Controversial, I know, but allow me to quote my good friend Socrates: “To find yourself, think for yourself.” Now that’s a typology system I can get behind! 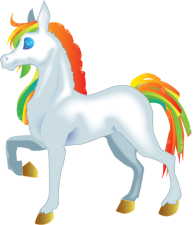 After a great deal of soul-searching, I have come to a realization that I would like to share with you, gentle readers.  As I understand it, some people identify as being something other than what they were born as or how they appear on the outside.  Well, I may seem like a girl on the outside, and the “traditional” view may categorize me as human, but I now know that I identify as a unicorn.

That’s right.  I am a legendary being who is fierce and proud, even when no one believes in me.  Even though you can’t see my horn, I am still powerful and beautiful, and I won’t be tamed.  While I can’t say I’m especially attracted to virgins, I am most definitely the living embodiment of magic and grace.  I am a unicorn.

I’ll tell you what else:  I don’t think I’m the only one out there.  I think many people may identify as unicorns and either suppress it or hide their true selves for fear of suffering scorn and ridicule.  I hope my fellow unicorns will find the courage to come forward and say, “I, too, am strong and proud.  I, too, am beautiful and magical.  I, too, am a unicorn.” I clean out my closet fairly often, since I don’t have much room for clothes and therefore can’t keep items that don’t fit or that I don’t wear.  I’ve been more or less the same size since high school, so I’ve got a few items that are pretty old, and it’s funny to trace my evolution through my fashion choices.

I still have the olive green corduroys with butterflies on the back pockets that a friend persuaded me to buy in college with money that really should have gone toward things like printer paper and food. I still fit in them because I habitually buy frivolous items with money that should have gone toward food.  They’re actually a little big on me now, but it’s okay because I’m much more likely these days to slouch around a park in the afternoon than to go to a party.  Just as well to have the extra room.  It’s hard to slouch effectively in tight pants.

Then there are the lace-up black ankle boots that I fell in love with fifteen years ago and had to have, and that I still wear because they have brilliant rubber soles with tread in addition to three-inch spike heels, and I’m convinced I could outrun attackers, defuse the bomb and save the boy when I’m wearing those boots.  I can wear them just about anywhere, in any setting.  I’ve gone hiking in them, and I’ve gone to church in them.  Other boots have come and gone, but the black ankle boots remain, and are a pretty good metaphor for who I am. But I think my favorite item of clothing is a T-shirt that I stole from my big sister, a T-shirt of John Lennon in NYC.  It’s as old as I am, thin as tissue, with holes in areas that necessitate wearing it with another shirt underneath if I’m going out in public.  It’s authentic vintage and definitely the coolest piece of clothing in my closet.  Cooler than the jacket that looks like leather but is actually animal-friendly and washable, cooler than the gold silk skirt that will always look classy no matter what’s in style, cooler than the classic white button-down blouse my mother got me when I landed my first grown-up job.  Of course, it’s that much cooler since I had to filch it from my sister’s drawer when she was still living at home!  Sorry, Big Sis.  I love you, but we’re talking John Lennon here.

These days I mostly buy suits and pantyhose, with the occasional pair of neutral-colored slacks and a tasteful selection of work-appropriate shirts.  But back in the day, I rocked torn jeans and a vintage tee.  Sometimes I still do, on the weekends.  Maybe I’ll drag Johnny out tomorrow, hit a few bars, and see if I get carded.  Like I said at the beginning of this post, I don’t have room to store clothes I don’t wear!